Cities are hotbeds of growth and social change, and by 2050, they’ll be home to more than two-thirds of the world’s population.

Today, 4.2 billion people live in urban areas, according to the United Nations, a huge increase from the half a billion people that lived there in the 1950s.

This rapid urbanisation is occurring in a world facing constant social, economic and ecological disruption. These changes often play out most strongly in cities, where population growth and movement heighten the intensity of stresses and shocks.

BEYOND SUSTAINABLE DESIGN AND GREEN INFRASTRUCTURE

But resilient cities are about more than traditional sustainable design and green infrastructure. They have the capacity to survive, adapt and grow – even under chronic environmental stresses.

Resilient cities look holistically at the interaction of systems such as transport and water management, and also at economic factors, to understand a city’s vulnerabilities and opportunities to shape better infrastructure investment, and increase liveability.

Change is happening faster than ever. In the coming decades, cities will contend with changes in technology, transportation, regulations, energy production, the climate, population growth, as well as shifts in people’s attitudes towards work, relaxation, and social justice.

Socially cohesive and strong communities respond better to disaster. We’ve worked with cities and communities around the world, designing and delivering resilient urban strategies, infrastructure and public realm. We do this through community-led engagement and radical design thinking.

“Our approach to resilience focuses on creating quality public spaces and better communities. Resilience to disaster is as much about how communities are able to organise themselves in urban space as it is about major infrastructure.”

We use tech-enabled, evidence based analysis like overlaying sea-level rise scenarios on municipal utilities, or analysing data usage from wearable technologies, to highlight overlooked places and people and start conversations we need to have.

We use stakeholder workshops to build coalitions. Traditional town hall meetings no longer cut it. Our toolkits create opportunities for community embeddedness that generate real conversations.

Some of our standout resilience projects

“The can-do pragmatism of Collect & Connect – Resilient South City is complemented by an aspect of poetic ecological thinking – a wide-angle approach that links the area’s mountain to its city and its bay … it looks up as well as looking down.”

Countless new places for Shanghai’s people to immerse themselves in nature.

“The study tackles head on the issue of traffic dominated thoroughfares, to advocate for the pedestrian experience on cooler, greener and more attractive streets.”

“Playful and well done … a lovely little vignette. Suddenly it becomes a place where you might want to loiter rather than hurry along.” 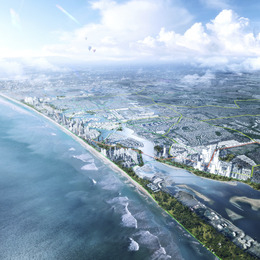 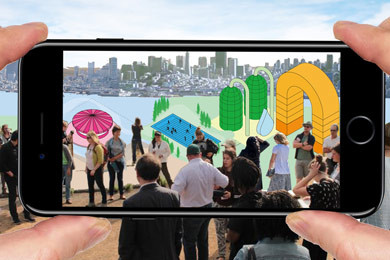 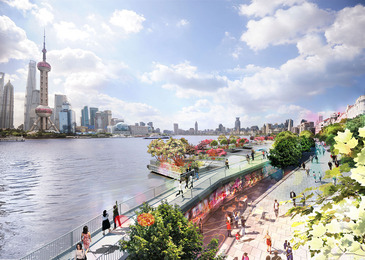