As the higher-education gold rush recedes, the design approach needs to be more about the experience and less about the building.

As Richard Waite makes clear in his analysis of the drying up of large university-based architectural projects, the gold rush is over.

And thank goodness. If the gargantuan appetite of Britain’s universities for new buildings is about attracting students, then it was a colossal waste of money. Research like the NSS (National Student Survey) shows that students don’t choose their university on the basis of campus hardware, no matter how shiny it is.

First life, then spaces, then buildings. The other way around never works.

Today’s students are after something entirely different. They understand the campus as a digital and physical space, a network of friendships and place of cultural and social exchange. It’s live, always-relevant and inherently fluid. Characterised by the notion of the agora as well as today’s MIT-influenced notion of the innovation cluster, its energy is born of the free flow of people, program and space. The last of these is ever-responsive to – and so determined by – evolving economies of need and want.

This isn’t to say that university architecture is unimportant. Rather, it’s but one channel for the activation of a campus designed to attract, involve and give students a genuine sense of belonging. In the giant petri dish of experience, places and spaces are malleable servants – of people and culture, brand and identity, and services and technology.

The making of a ​‘sticky’ campus begins not with a building master plan but an experience master plan. It begins with life – with the needs and wants of students, not bricks and mortar.

In which case, future campus (re)makers should take their cue not from the building as spectacle, but from the omnichannel strategies of out-of-sector brands and organisations. Examples like Airbnb, Nike and Panorama Festival.

The first is where everyone wants to work. Airbnb’s offices are never finished, but perpetually (re)designed by its employees.

The second is where everyone wants to go. Nike’s NYC flagship store is an ever-morphing hybrid of digital and traditional shop, offering customisation workshops and more, and a bona fide new frontier experience.

The third is where everyone wants to play. Panorama Festival’s intricate weave of smart and soul is a lesson in the art of festival curation.

Massively customer-focused, these examples take an experience-first approach. This means being ever-alert to the now, not spending money on buildings they can’t afford.

This may come as a surprise to heads of campus estates, whose ​‘build and they will come’ mantra is what drove the gold rush. This logic reverses Gehl’s dictum.

It also sees universities servicing eye-watering debts, just when Brexit and the Augar report into higher education funding threaten to suck the life out of future capital expenditure plans.

Seduced by ​‘the building as icon’, they’ve taken the eye off the ​‘experience ball’– a mistake that may come to haunt them.

To champion the approaches of brands over the spectacle of the newly (re)built campus is not to trivialise Britain’s campus-based architectural projects.

Rather, I’m advocating for an experience-first, holistic strategy for creating campus universities that people want to attend now and in the future.

Less Royal Festival Hall and more Glastonbury Festival, this approach returns the architect and the building to the lens of the human experience.

A version of this article was originally published in Architects’ Journal. 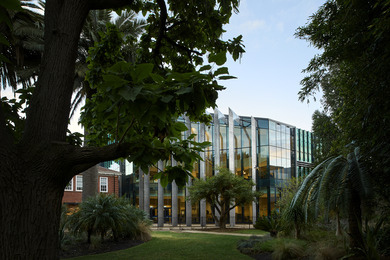 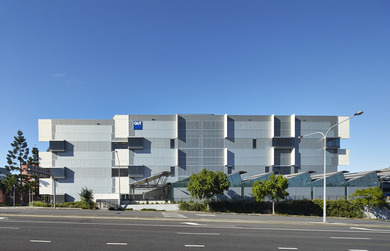