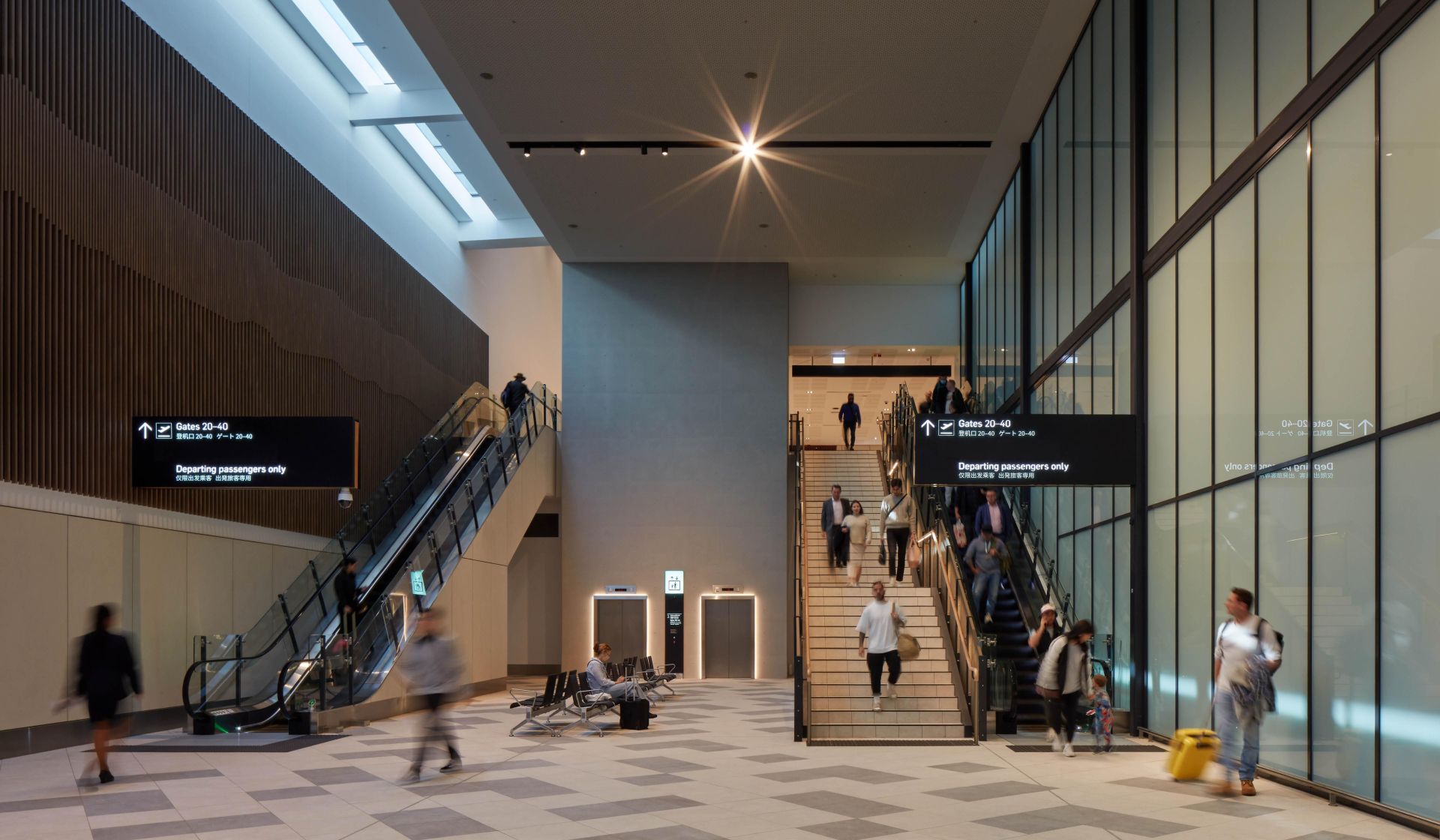 As passenger numbers increase considerably over the next decade — especially in the lead-up to the 2032 Olympics in Brisbane — our design for the expansion of Gold Coast Airport on Bundjalung and Yugambeh Country includes a new and improved 30,000 sqm three-level terminal, double the footprint of the existing space.

“The three-level terminal gives the airport greater operational flexibility and will support the considerable increase in passenger numbers over the next decade. We’re very excited to see this critical new expansion now open for holiday travellers,” says Principal Mark Wolfe.

Highlights of the new terminal design include four glass aerobridges and an innovative swing gate system, which effortlessly transforms departure and arrivals gates from international to domestic, in addition to premium retail and dining facilities plus new departure lounges.

“The impressive Gold Coast hinterland and the region’s iconic coast greatly influenced the landscaping in the new forecourt, which passengers can now enjoy as part of their journey to-and-from the airport,” says Principal Jason Cuffe.

“The design redefines the traditional approach to aviation precincts with a flexible plaza, abundant planting and a large lawn providing opportunities for community events and numerous other activations.”