From source to sea, over 40 years 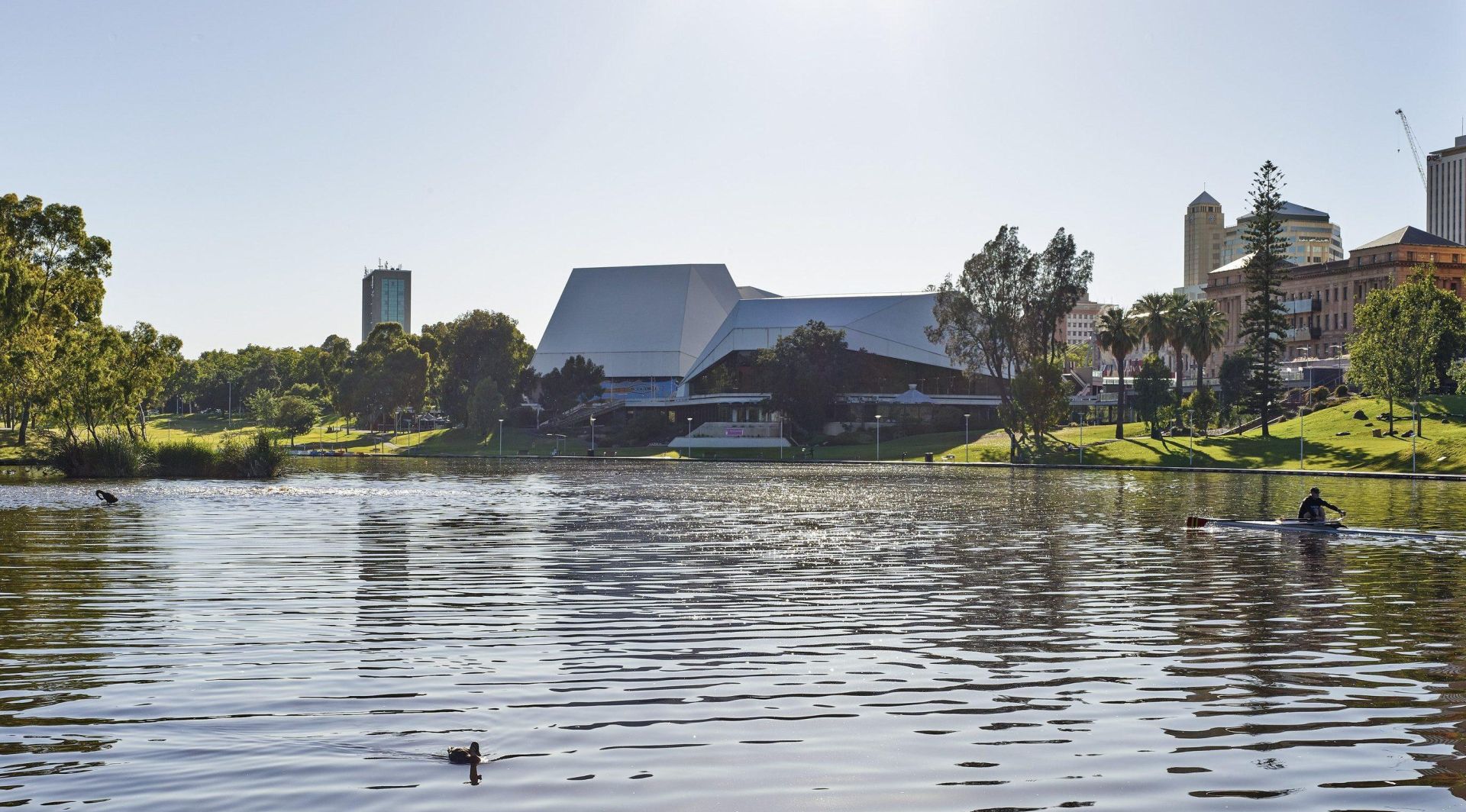 In 1979, Hassell and Land Systems started designing ​‘Australia’s first fully-realised linear park’ along the River Torrens in Adelaide, South Australia. More than 40 years later, Adelaide’s residents tell us how it became - and has remained - one of the city’s best places.

Stretching from the Adelaide Hills to the west coast and winding through the city’s suburbs and central heart, between 1979 and 1997 the River Torrens was transformed from an unsafe and unsightly drain into one of Adelaide’s most-loved destinations.

The Torrens’ riverfront is home to plenty of tourist attractions, including the Adelaide Festival Centre, designed by Hassell in the 1970s. Today, the River Torrens Linear Park (RTLP) is also the city’s main recreational waterfront parklands, offering access to nature in the city and the suburbs, with places to play and picnic, go fishing, bird watching and duck feeding.

“It’s about 30km of park that passes through the heart of the metropolitan area, providing a wonderful recreational resource and most of the postcard pictures of the Adelaide city centre,” says Ian Radbone, president of an Adelaide inner-city local residents’ association.

“I might be parochial, but I think that the River Torrens Linear Park is worth looking at from anywhere in the world.”

Importantly, the river is also the only example of a total rehabilitation of a principal waterway in any Australian city – and its story is one of evolving positive social and environmental impact on a growing metropolitan Adelaide.

The River Torrens Linear Park Trail has been popular with cyclists and pedestrians for decades, but the COVID-19 pandemic has drawn more people to it. In April 2020, the City of Charles Sturt - the local government area that covers the western half of the RTLP - recorded an increase from 800 to 1,600 cyclists per day using the trail route.

Adelaide Hills resident and local pedicab operator Tin Do is a regular user.​“The linear park and the bikeways that lead into it are a primary reason I’m able to commute 27 kilometres to the CBD safely and regularly,” he says.

He also takes his passengers through the corridor on-route to the CBD. ​“While (the trail) has its loyal regular users, some residents of Adelaide don’t come down often, and often they become our clients looking to rediscover their home town.”

As Australian cities grappled with the COVID-19 pandemic in April 2020, the number of cyclists using the River Torrens Linear Park trail doubled year-on-year.

A post shared by cyclist with a camera 🇮🇹 🇳🇿 (@foto.velo)

GOOD GOVERNANCE FOR THE LONG-TERM

The river’s rehabilitation – the River Torrens Linear Park and Flood Mitigation Scheme – was ground-breaking in its integration of natural and social systems, as well as its collaborative governance structure.

Hassell (known then as Hassell and Partners) collaborated on the RTLP with Land Systems, with which it would later merge.

Tony McCormick, former Managing Director of Land Systems and Principal at Hassell, was one of the original designers of the park, a joint state and local government project led by South Australia Water (formerly the Engineering and Water Supply Department), with twelve local council areas (now eight) involved.

“A unique aspect of the project is that Hassell (Hassell and Partners, Land Systems) maintained a continuity of oversight throughout the project from 1979 to 1997.”

That collaborative approach was behind the River Torrens Study: A Coordinated Development Scheme, the project’s first stage and a comprehensive management framework to guide the park’s development and maintenance.

According to Tony, the study provided ​“a vision that embraced and connected the river’s varied ecologies, functions and landscape character.”

“We also designed subsequent parkland projects that integrated a diverse range of community and economic needs, with every facet of the river’s ecological rejuvenation,” he said. Coming at a time when the benefits of open spaces in cities were a hot topic, the critical flood mitigation and stormwater management work led to the coordinated Linear Park and Flood Mitigation Scheme.

According to an environmental manager for the Charles Sturt local government area, Mark Hannan,​“it was also quite unusual for three tiers of government, inclusive of two councils, to all agree in broad principle and cooperate successfully.”

The project team reinstated tributaries and new wetlands to improve the river’s water quality and mitigate the impact of flooding. The park’s wetland area has a 410 square metres per second treatment capacity, making it resilient enough to withstand even a 1-in-200-year flood.

To regenerate the river corridor’s biodiversity, they undertook intensive eradication of weeds and exotic plants and revegetation of indigenous species. By re-establishing the dominant native tree canopy of River Red Gum (Eucalyptus camaldulensis), they linked environments that had been fragmented by varied land uses and restored native wildlife habitat.

Mark notes the river’s improvement from its ​“significantly polluted” state in the early 1970s. The council records measurable environmental benefits at the RTLP, such as an increase in lampreys and a greater diversity of species.

Absolutely garbage photo but so excited to see a #rakali swimming around in the River Torrens this evening!!! #WildOz pic.twitter.com/PgaA2cNBni

Mark also views the project’s significance in terms of its community support, collective goodwill and cooperative governance. He connects the project’s impetus to ​“the shift in the seventies toward urban parks, and people thinking a bit more about ​‘we’ rather than just ​‘me’.”

“A lot of people here really pushed (that) they could see that we had done a disservice to what was an environmental jewel,” he says.

The collective ambition and momentum of the original plan has carried forward. In the four decades since its first design, the RLTP has been extended, and its restoration and management strategies have been continually revised and refined. More recently, the traditional owners of the Kaura Nation have been involved in the design of the parklands’ upgrades.

Importantly, the experience gained over the two-decades of the RTLP projects has been applied to every urban waterway rehabilitation project Hassell has worked on since.

In early 2021, the South Australian Government is set to tender for extending the RLTP towards the coast – finally realising the legacy and scope of the 1979 study, ​‘River Torrens Linear Park: From Source to Sea’.

Hassell has a legacy of restorative design for communities in Australia and Asia. Decades on, we return to a series of our projects to see the positive impact they’ve had on their environment and communities: Victoria Park and Millennium Parklands in Sydney, and Adelaide’s River Torrens.